How Mr. FAF and I Handle Our Finances As A Couple 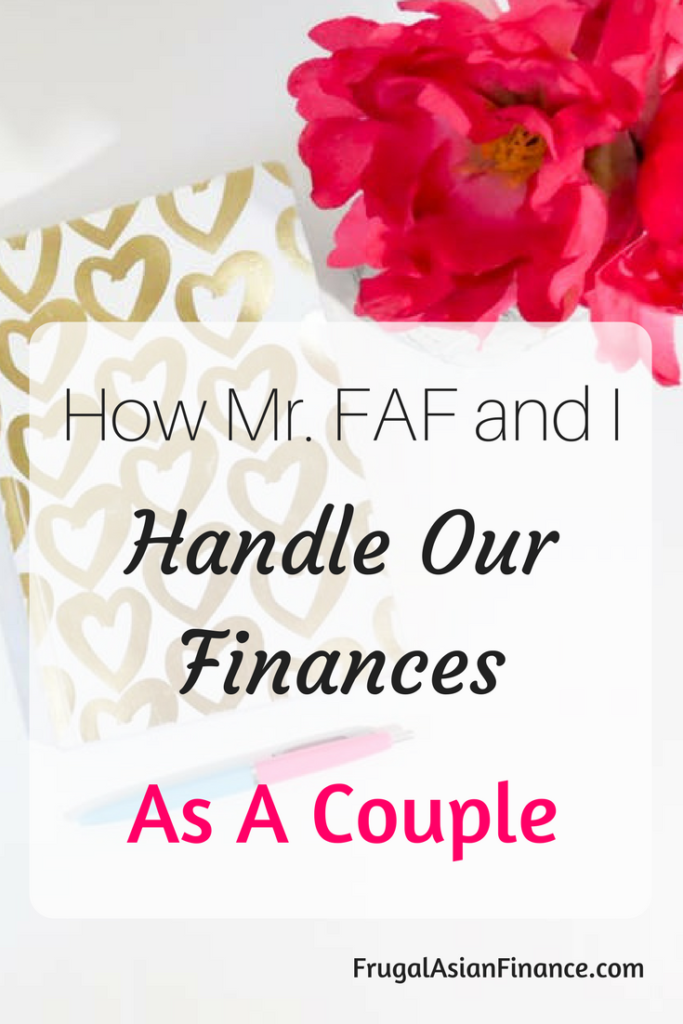 Some of my friends and family members have asked me how Mr. FAF and I handle our finances.

I thought I’d discuss that today to see if there’s anything in common with you all.

When Mr. FAF and I started dating, we had somewhat different philosophy about how a couple should handle money.

Mr. FAF thought that as a boyfriend, he should and wanted to pay every time we went out.

Paying for his woman was something Mr. FAF was used to and encouraged where he comes from (China).

I had a bit of a different take on that. I thought that the guy could pay on the first date, but I didn’t even expect that. I wanted to pay for myself.

I just did’t want to feel indebted to someone for what I enjoyed. I made money and could afford what I chose.

This apparently made Mr. FAF upset since he felt like I didn’t treat him like my boyfriend.

I eventually gave in and let him pay. But we agreed that we would split the costs when we traveled.

One time we went on a road trip together. I asked Mr. FAF to tally up all the costs for the trip including the hotel, gas, food, and such. I then gave him a check for about $125 or so. He never cashed it although I insisted.

I had mixed feelings about that. On the one hand, I felt upset because Mr. FAF didn’t honor our agreement. On the other hand, I was happy since he wasn’t a stingy man. Having a stingy boyfriend or husband who only cares only about himself and doesn’t want to part with his money was the last thing I wanted.

Although Mr. FAF was a poor student, splitting bills with me was something he never cared for. He wanted to take care of me emotionally and financially. And I never wanted or demanded anything extravagant or expensive from him. He also cooked for me often. 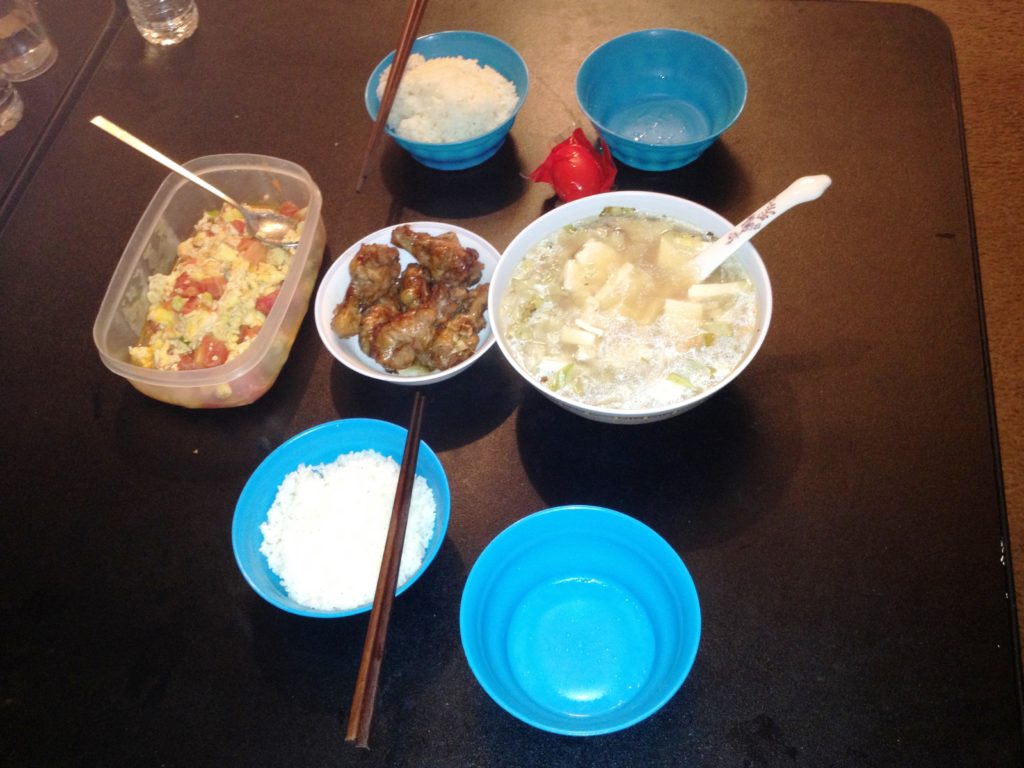 The first meal Mr. FAF cooked for me at his abode: tomato & scrambled egg, chicken wings, radish and tofu soup, a salted duck egg, and rice. It was simple yet delicious.

After we got engaged, Mr. FAF and I had more serious discussions about how we wanted to handle our finances as a family.

In Vietnam, where I’m from, the wife is usually in charge of finances. The husband would give the wife his monthly salary and keep some for himself. Sometimes the husband wants to keep more, so he hides a separate account (aka a black account) from his wife.

I didn’t like that for two reasons. First, I thought it was a big responsibility for the wife to singlehandedly manage all the finances in the family. The husband should also have a say and a role in that. Second, I didn’t want Mr. FAF to have a black account. I wanted him to be honest with me.

I’d researched that topic and really liked how many American couples handle their finances. I suggested to Mr. FAF that we should have a joint account where we put a portion of our incomes for our expenses. Each of us could have our own accounts to spend money on what we wanted.

Mr. FAF didn’t like that idea. He wanted to put all of our incomes into one joint account. He said that’s what married couples do. He wanted to build his finances with me, not partly with me and partly by himself. I eventually agreed with him. 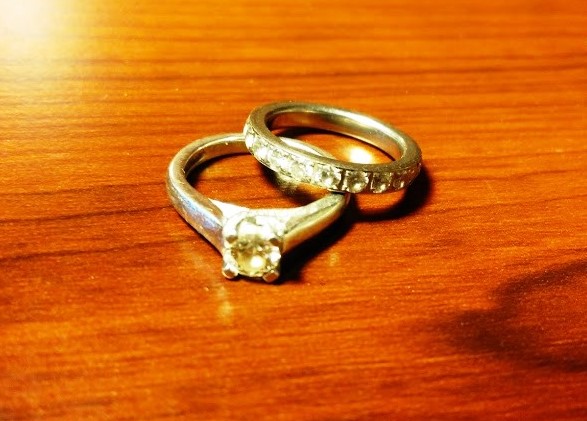 My engagement ring from Costco & wedding band from Amazon

Mr. FAF and I still keep our bank accounts from when we were still single. I know exactly how much he has in his, and he also does mine. Those accounts don’t have much in them and are meant for emergency only.

After we have had an issue with our joint account, we think it’s best for us to have other accounts as well in case that joint account is put on hold for whatever reason.

We put all of our salaries in one joint account for our mortgage payment and daily purchases. When either of us want to buy something for more than $100, we will discuss it together. Sometimes we even ask each other if we can buy something for as little as $20.

Some may think it’s not necessary or is even nit-picking. But we kind of get a kick out of it. It shows that we care what the other thinks, and that we respect each other enough to ask for feedback even on little things.

Sometimes we do loan money to our close friends. But we always discuss that together and need to reach an agreement before doing so.

Our biggest weakness is eating out. We don’t spend a ton on restaurant food or eat out every day, but the eating out budget is definitely more than what we’d like.

Other than that, both Mr. FAF and I are a frugal couple. We don’t spend money on fancy clothes or go on expensive trips even when we can afford to do so. We find less expensive alternatives for what we really want and do weird things to save money. We think long term about what future we as a family want to have.

Mr. FAF and I prioritize working hard, taking good care of our family and our parents, not getting into consumer debt, paying off our current mortgage early, and saving for retirement and more property.

Sometimes there are hiccups and disagreements on the way, but we always look ahead at the big picture in the same direction. And I’m grateful for that.

34 thoughts on “How Mr. FAF and I Handle Our Finances As A Couple”