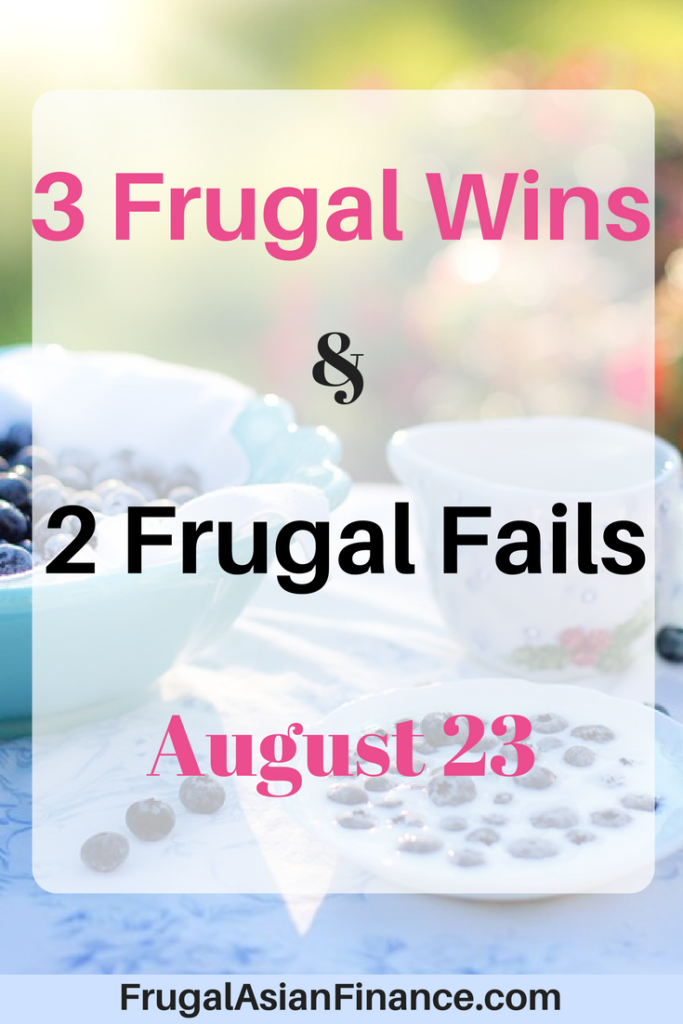 It’s been a month and a half since I published my last frugal wins and frugal fails post on June 23.

I originally wanted to have a new post for this series once every two weeks.

But I realized many of the frugal wins and fails seemed a bit mundane (i.e. stale bread, not eating out), so I decided to wait until I have enough interesting stories to share with you.

And here are the highlights of our frugal journey as a reunited family in DC over the past month.

1. Hosting a Chinese hotpot at home

After living in DC for four years, I have made a lot of good friends. Some extended a helping hand when we were in dire situations.

Some helped us move heavy furniture when we bought our first home and never asked for anything back. And some just moved from the cities where we used to live.

Living without a car in DC and being on a tight budget all these years, I have to say, has somewhat limited my ability to hang out with friends and catch up with them.

Although the transit system in DC is said to be the best in the nation, on the weekends, it can easily take 1.5 hours to get from one place to another one way.

Now that Mr. FAF is in DC with the car and we have a better income, we are ready to reach out to our friends and invite them to our home for get-togethers.

We don’t want to go overboard and buy fancy food, but a hotpot and a BBQ here and there are great ways for us to catch up and to let our friends know we still think about them. We can and have invited them to eat out before, but being friendly and hospitable doesn’t need to always be expensive.

This past weekend, Mr. FAF and I finally made our dream come true by hosting the first Chinese hotpot at our house and invited some of our good friends over. We wanted to invite more, but our dining table can’t accommodate more than 10 people.

Our budget for 4 guests and four FAF family members (8 in total) was $100. But as a hospitable host, Mr. FAF erred on the side of caution and spent almost $200.

We ended up not using all of the food and can use a lot of the frozen food (i.e. fish cakes, dumplings) for another hotpot.  If we had gone out, it would be at least $25/person (roughly $200 for 7 adults, including tips). And we had one of our hotpot fails where we paid $90 for three people and went home hungry.

Below are what we bought. 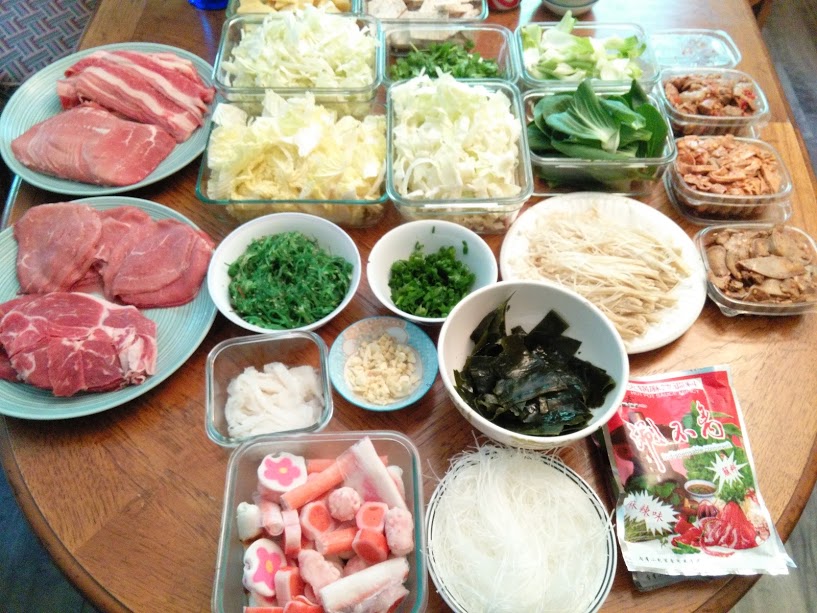 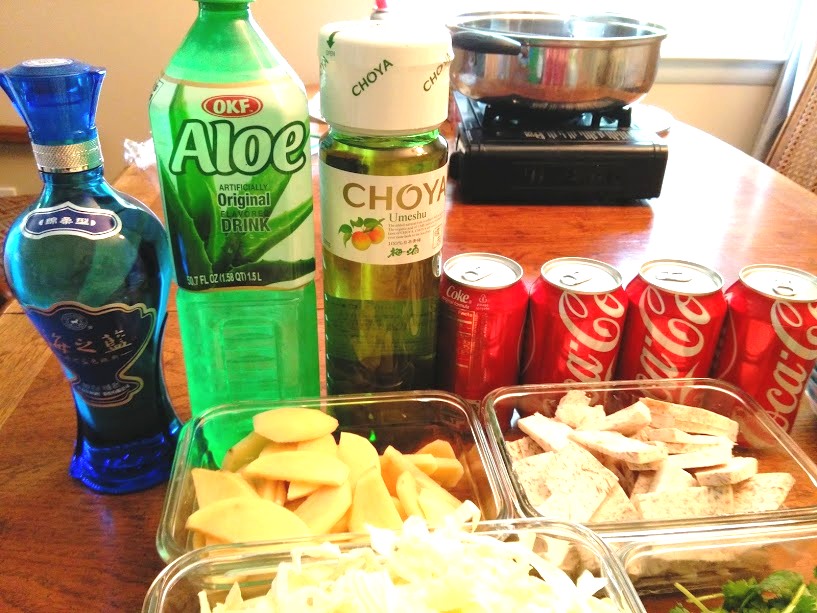 2. Getting a toy kitchen for Baby FAF

I was staring at my Frugal Asian Finance Facebook page one night when I got a notification from our community about a free toy kitchen. Our house is not spacious, and I have been careful about what freebies to take home. But once I laid eyes on the toy kitchen, I couldn’t resist the temptation. 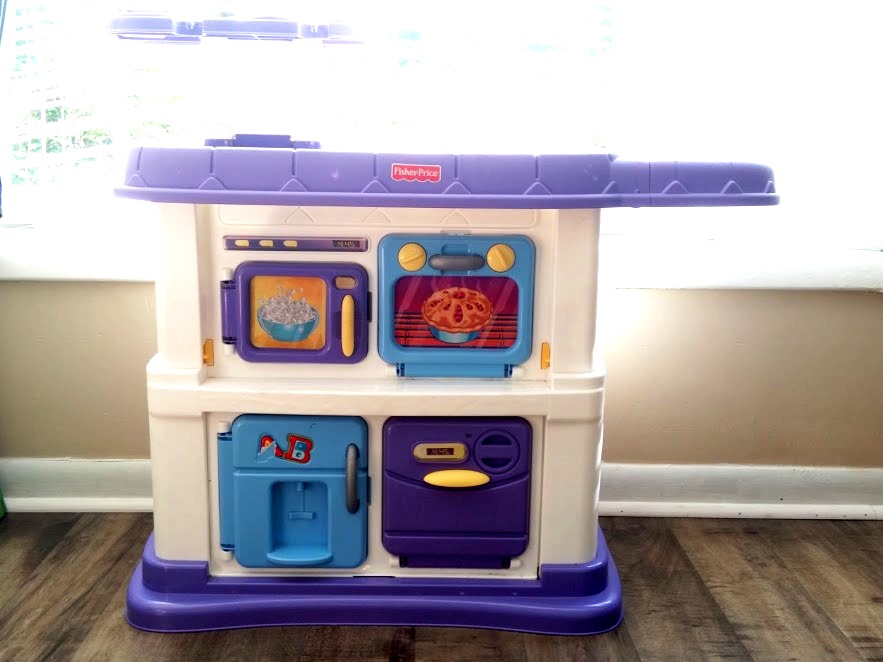 I messaged Mr. FAF about the treasure find and asked him if we should get it for Baby FAF. That kitchen would be my dream come true when I was growing up. I needed to have it in my life even though I’m now 30. I guess that’s one way for me to make up for my lack of toys when I was little.

At the same time, I’m aware of the gender bias even in the toy industry. Boys are supposed to play with cars and Legos, and girls are expected to like dolls and kitchen-related toys. Part of me didn’t want Baby FAF to have a gender crisis at age two and a half.

Mr. FAF shut down that idea, saying the toy kitchen was too girly and wasn’t appropriate for our son. I got a bit disappointed but ended up getting it anyway. If Baby FAF didn’t like it, it would still make me happy thinking one of my childhood dreams has finally come true.

When I got the toy from my neighbor, I told her, “Baby FAF would be a great cook one day.” After all, without my mother-in-law, Mr. FAF would be the chef in the house. Why can’t Baby FAF be like his dad? Maybe he can cook for me one day as well.

This story has a happy ending. Baby FAF loves the toy kitchen. I don’t think he knows it’s a kitchen, but he plays with it every day once he gets home from daycare. He likes opening the different doors (i.e. oven, microwave) and hides a lot of his own toys (and newspapers, clothes, shoes, etc.) there.

We live in the suburbs of DC, but our house is also within one mile from the mall and many grocery stores. Besides catching up with out friends on the weekends, our whole family would go on fun trips to Macy’s, Walmart, Wegmans and other stores together, especially on Friday nights and the weekends.

We take a walk  around the stores so that Baby FAF can look at all the colorful items and not be so shy when he’s around other kids. Sometimes we end up buying grocery items we initially don’t plan to buy (i.e. apples, milk), but we will need then eventually.

We don’t give Baby FAF candy, ice-cream, or any kind of sweets, so he usually doesn’t ask for anything when we go grocery shopping. He really likes the playground at the mall and the toy car shopping cart at the grocery stores.

Mr. FAF is a good husband, but he’s not the most careful person in the world. I have reminded him not to put his drink too close to the computer a couple of times.

And a month ago, my fear came true. Mr. FAF spilled a cup of tea onto his keyboard. His Macbook, unhappy with the unexpected shower, decided to shut down to Mr. FAF’s dismay. And it happened four days before he was supposed to defend his dissertation. I was too upset and worried to even ask if he had backed up his data elsewhere.

I did some research online and suggested he put the laptop into a bag of rice and use a hairdryer to blow-dry it as some readers and bloggers also suggested on Twitter.

However, anxious to revive his $1,200 laptop, Mr. FAF took it to the Apple store and was told that it would cost $700 to fix it. After hearing the update, I just didn’t know what to say, so I didn’t say anything. But in my mind, I was running the number and thinking about what we could have done with that $700. I was not happy.

The next day, Mr. FAF found a store that would fix the computer for $300 and parted with the money to fix a costly mistake. They didn’t even fix the computer until 4 days later when Mr. FAF had already finished defending his dissertation.

One day we went to Walmart and saw all the new PC models selling for less than $300 each. Having struggled to make the most out of my aging 5-year-old laptop, I still felt the anger lingering in my thoughts and emotion.

Mr. FAF knew that and told me he would buy me a new laptop after he gets his first paycheck in September. I have to try hard not to think about the $300 too much, otherwise I might drive myself crazy thinking I could get a new laptop instead.

Since Baby FAF came back from China, I have noticed an increased in our food waste. I usually pack a reasonable amount of food for his lunch at daycare. Sometimes he eats all the food, but oftentimes there’re leftovers at the end of the day that I just have to throw away.

I could cut back on the food I pack for him, but part of me is afraid that he might get hungry at school. Another reason is that I secretly hope that the teachers will help me feed Baby FAF all the food that I pack (he can’t feed himself), which turns out to be mission impossible most of the time. This is an area I’m trying to improve upon: adjusting my expectations. 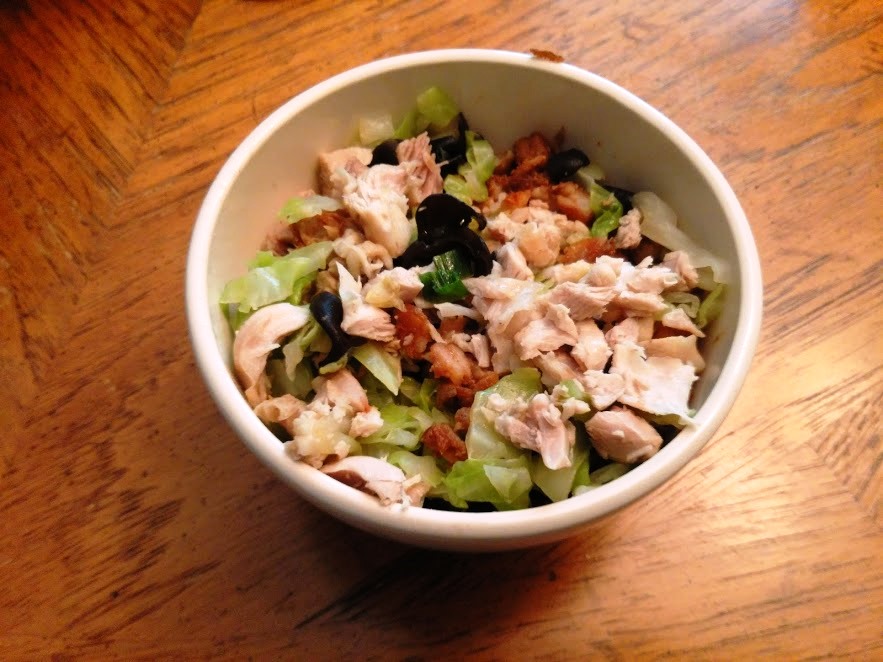 The food waste also includes food he throws/drops on the floor multiple times and the food that sometimes finds its way out of his system (aka throwing up).

After more than a month in hiatus, I’m happy to report back our 3 frugal wins and 2 frugal as of August 23. With Baby FAF and Mr. FAF in DC, our frugal journey has gained new momentum with more success and challenges.

Compared to when I was living by myself, it’s been more difficult to make sure that everyone in the family does not waste food and money. But that’s also part of the fun of frugality. We always try to save money while being happy and content with what we have.

What about you? What were your frugal wins and fails this past week?

Author: Ms. FAF
Filed Under: Finances, Frugal Wins & Frugal Fails
How To Save on Rent in Washington DC
When Frugality Goes Wrong